Over the long National Holiday weekend for the Catholic celebration of Corpus Christi, some friends and I had the chance to go to a few colonial towns outside of Belo Horizonte, in Minas Gerais.

Mariana was the first capital of Minas Gerais and is located about 45 minutes from Ouro Preto and about 20 minutes from a gold mine which functions now as a tourist attraction. In Mariana you can see churches, colonial architecture, and the first meeting place of the lawmakers of Minas Gerais.

Ouro Preto was the 2nd capital of Minas Gerais until Belo Horiztone was created towards the end of the 20th Century. Its nearby mines (including gold mines) drew in many Europeans and their African slaves. In the 18th century it was the largest city in Brazil and one of the most populated cities in America. Ouro Preto has a Federal University and a large tourist economy, while maintaining its cobblestone streets and barroco architecture.  There are many hostels, delicious restaurants, and unique shops here.

Minas da Passagem is located about half way between Ouro Preto and Mariana and you can get off of the bus connecting the two at the stop that drops you right off in front of the reception desk. After a fee (see below) and a mine cart trip underground, you can walk around in the mine and explore its riches. If you are a trained scuba diver with equipment, you can also scuba dive here (8 km2 of the mine are now under water)! 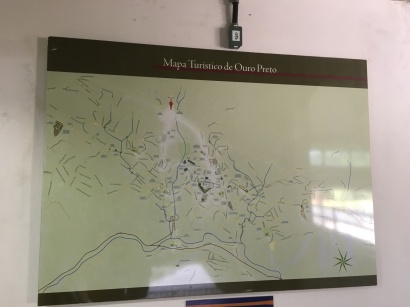 When we got into Ouro Preto, we swung by the tourist office and grabbed a map before getting directions on how to walk towards the center. It is a fairly walkable city, things are close enough together that without much baggage, there is no need for a bus/uber/taxi.

We hadn’t booked a hostel and decided to go “hostel shopping” as we got into town. The first place we stopped was booked and due to a large influx of tourists on the holiday weekend, the receptionist called another hostel nearby which had four openings.

We ended up deciding to stay at that hostel so that we could leave our stuff and start exploring. 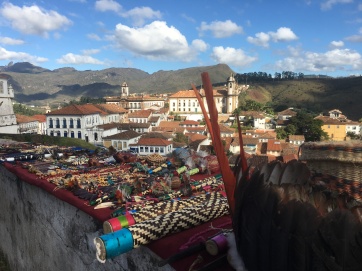 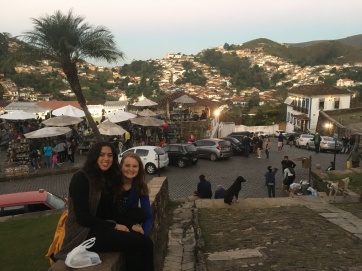 Mariana was the first capital of the state of Minas Gerais before it was moved to Ouro Preto and eventually the planned city of Belo Horizonte. It has colonial architecture and hills of cobble stone streets. There are museums, shops, churches, and government buildings to tour! It is a walkable city and there should be no need for transportation if you are interested in exploring the nearby area. 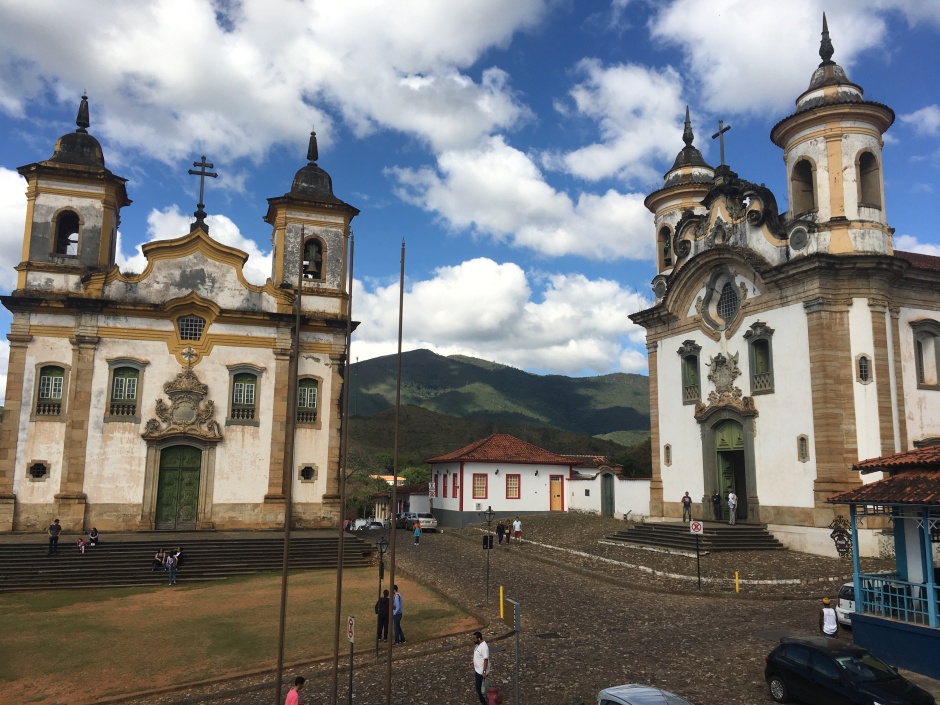 This mine is the largest mine open to the public in the world and in its productive years produced a significant amount of gold, having been started by the English with the involvement of the Portuguese. You take a trolley cart down into the mine and there will be a tour guide at the bottom to explain a few things. The tour is in Portuguese, but it is also fairly brief and you won’t miss too much information if you don’t understand it. There is a lake inside the mine, as most of the mine is now filled with water (8 square km). There is even the option of scuba diving for experienced scuba divers that bring their own equipment.

After we walked around and learned about false gold, saw the lake, and make the mining cart trek back up, we were able to look at period mining equipment and watch a demonstration on separating gold from sediment. 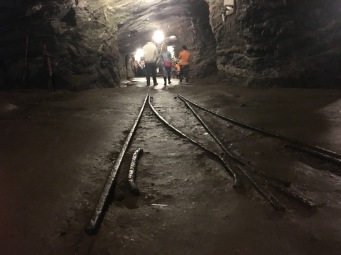