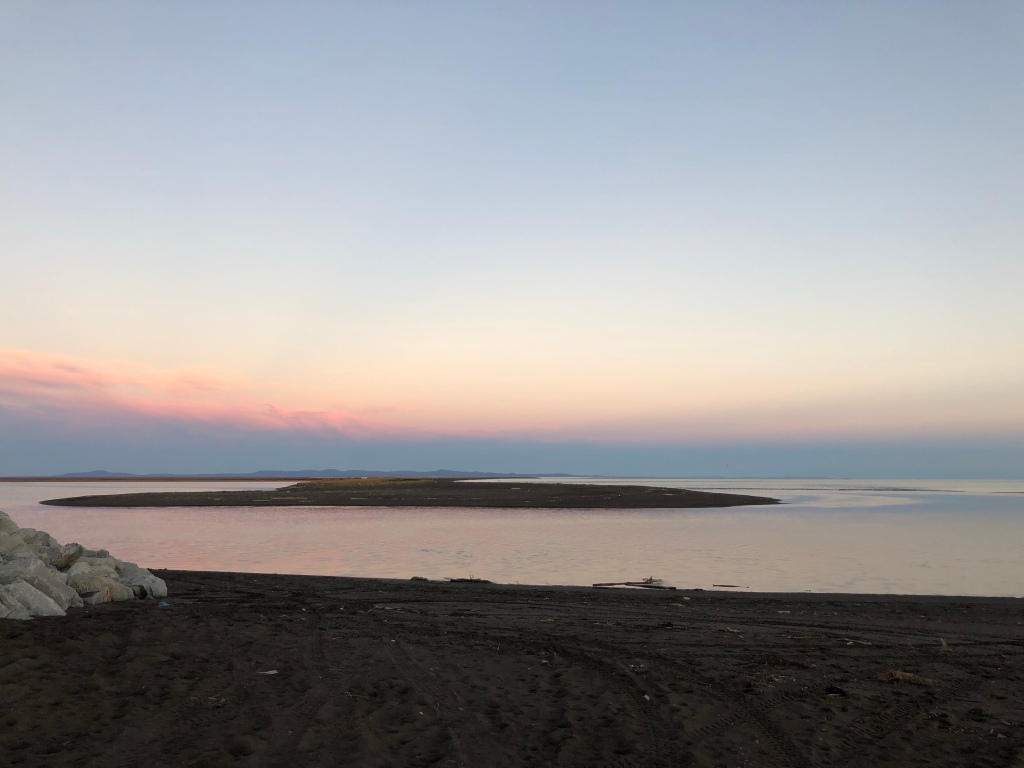 Yesterday, a shelter in place was called at school. For those of you that may not know what that version of a lock down is, it means that there is a danger outside the building.

The announcement is made and depending on the situation students may continue in the building as normal or students may be told to stay in one room where class continues as normal. In this instance, students and staff were asked to simply remain in the building and carry on as normal (which can be difficult when two of the classrooms are outside the main building).

Now, there is usually no reason to panic, especially when you are the adult, but as the announcement came over the speaker, a million thoughts raced through my mind.

“We can’t go home after school?” – Student A

“No, nothing changes for us. High school students just can’t go home for lunch.”

“You can tell me why in my ear later…”

The math lesson continued as normal. Students learned new strategies to solve subtraction problems mentally and all seemed to go as smoothly as a Monday afternoon can.

I walked over to Student B as soon as the students were settled in their work and gave a penny for their thoughts.

Student B whispered, just as I had asked. Their voice was excited and dramatic, showing no signs of fear.

I flashed back to stories I had heard about the September prior, before I started working at the school.

When I arrived in January, signs were still hung up around the school warning students to take caution. It was stranger danger on high alert. For a moment of time, there had been a polar bear around the village causing the village to go on watch and students to need to check in with adults when coming and going around the tiny village.

I wouldn’t have believed it if it weren’t for the posters talking about polar bears and polar bear safety. Either the posters, or the fact that everything up here seems a little more believable. 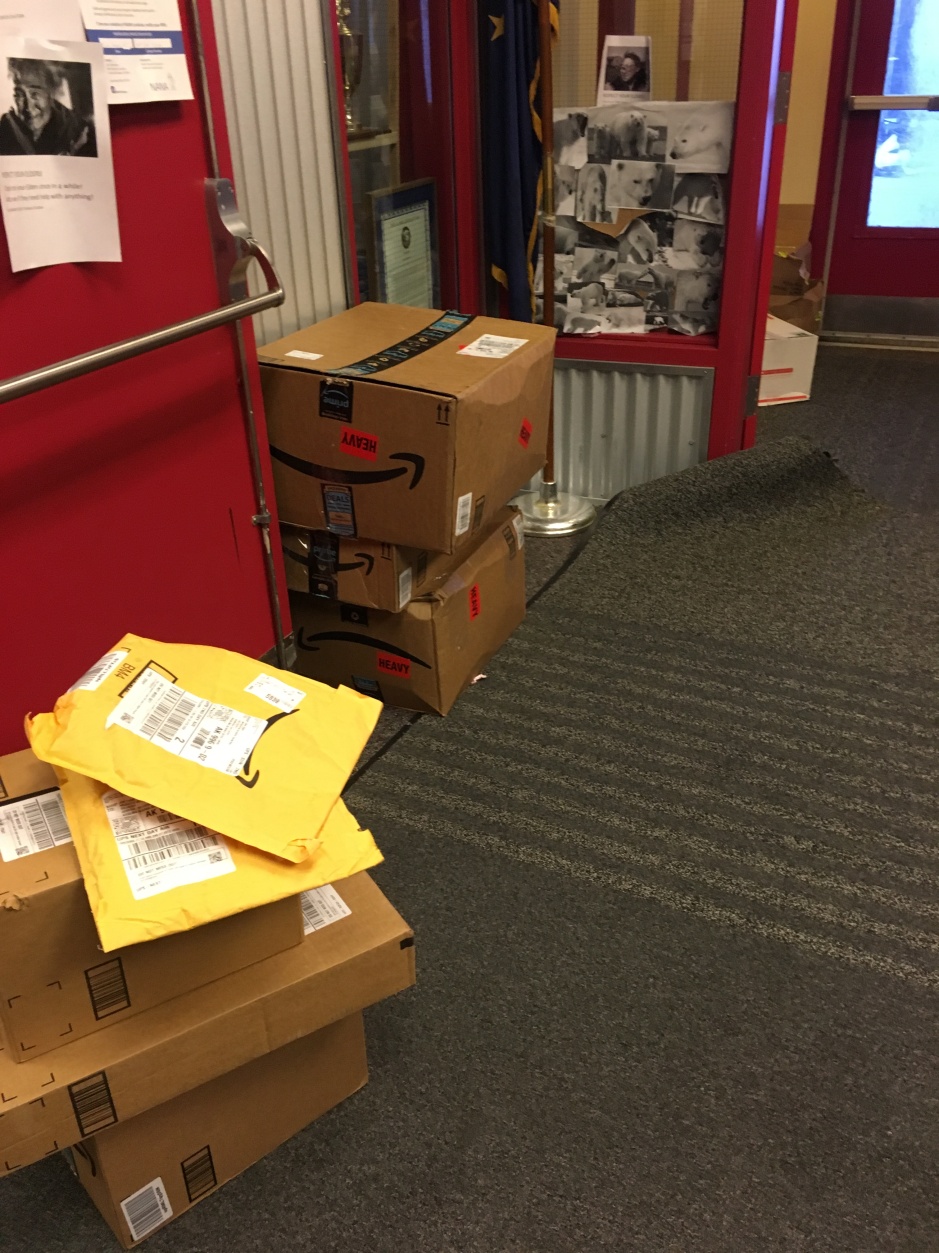 As soon as the sand bridge was complete, connecting our island to the other sand spit, students had been warning me about the bear tracks people had seen on the other side. Normally there would be no need to worry about predatory mammals on our island until everything was frozen, with the new connected land anything was possible. I didn’t wander much. Bear tracks seemed far away, until all of a sudden they weren’t separated completely by water.

A coworker and parent poked their heads in and confirmed the situation.

Across the thin channel, separating our island from another sand spit, was a bear. 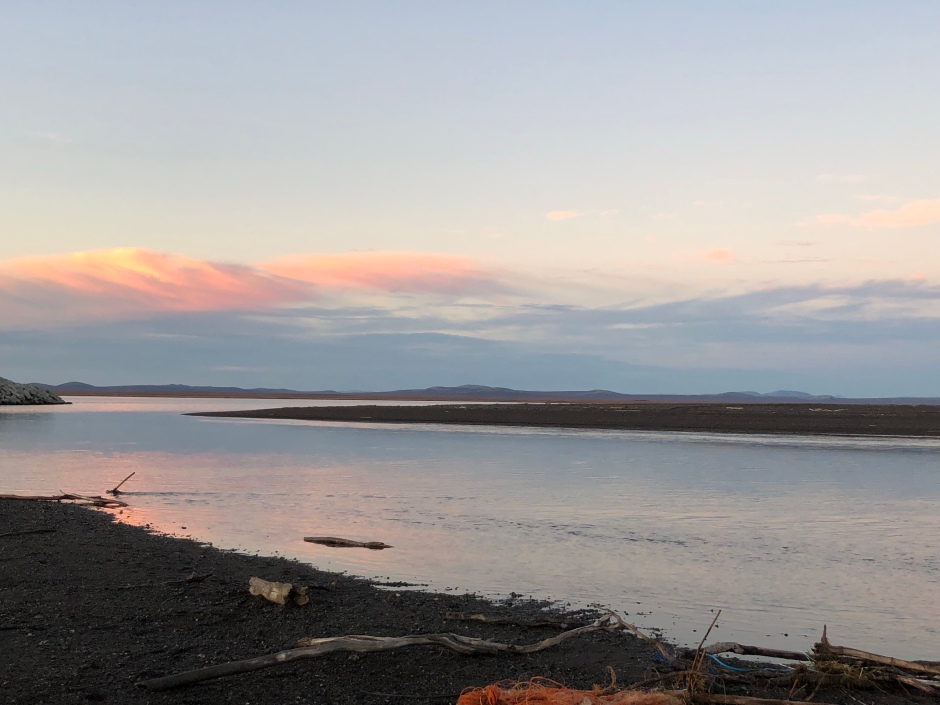 According to the tale, the bear stood on its hind legs. I imagine it was snarling and growling, eager to come across and destroy the village (or just stock up on food for winter). In my head the mighty crew (which I heard was about 30 armed men) rushed to the edge of the village and began to descend on the beach taking the new sand bridge to chase off the ferocious bear. The charged it without fear on their Hondas. The bear, noticing it was outnumbered, ran off to cut its losses.

These are my absolute favorite things that happen up here. Odd and obscure anywhere else, these events are rare enough to be exciting yet frequent enough to be normalized. These are the types of events, along with stories to come someday, that make this the most incredible place to live and work.