I had read many blogs and had received some advice from my district before moving up on what I needed to send and how I needed to pack. 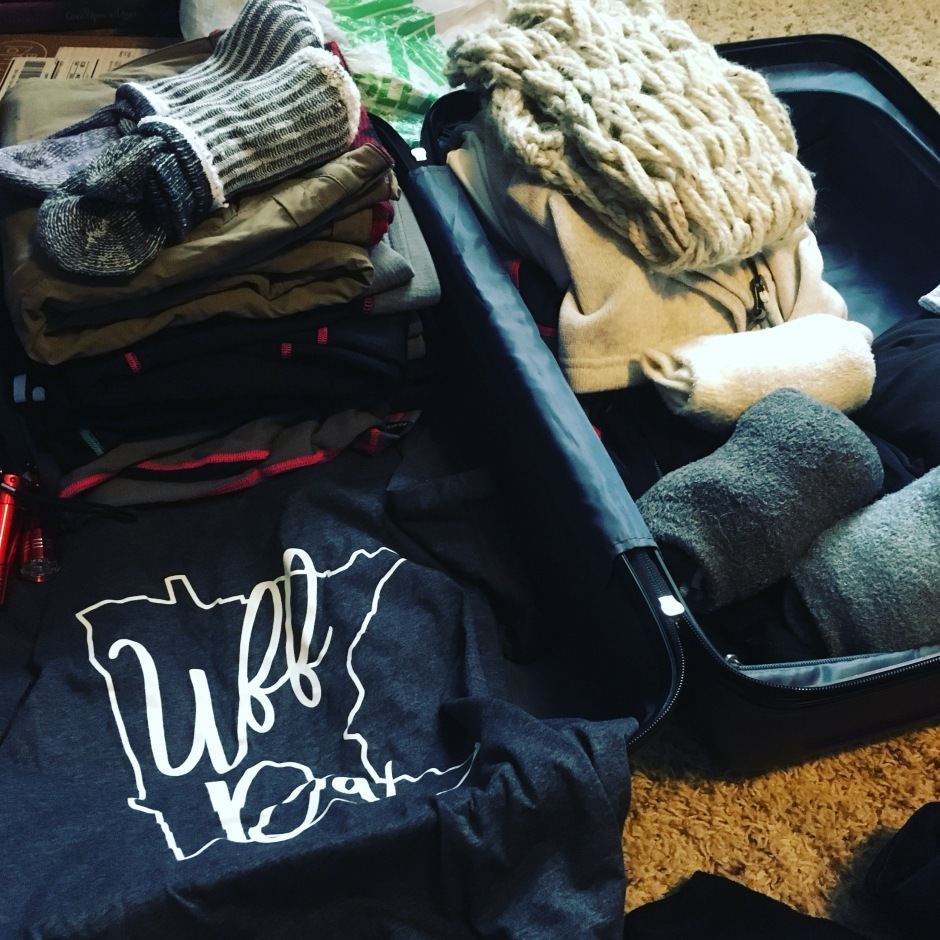 There were some on the list that might be obvious: warm clothes, toiletries, and necessities. Yet, there were some pieces of advice that weren’t a part of my typical “moving” routine.

Rubbermaid totes, to be specific, are used to ship things to rural Alaska because they are sturdy and weather resistant, which is important when they are traveling in temperatures that are below zero and they are being firmly tied down and thrown around from plane to plane.

I was told to zip tie the lid to the body of the tote in order to secure it properly. A strong tape could also do the trick. One thing to note though, is that I’ve heard that airlines do not allow zip ties to go through their systems because the excess length can snag on a conveyor belt and cause issues. To not run into any issues with this, I zip tied a few places and then taped over the zip tie and the around the lid. I had no issues with anything being flagged by Alaska Airlines or coming apart.

Many people ship these up from the lower 48, but I chose to check mine as extra luggage. I ended up packing two full Rubbermaid totes.

In my totes, I packed things like plates, pots/pans, a blanket for my bed, and some dry goods.

Tip: Check the luggage sizes allowable for your aircraft so that you don’t get charged for oversized baggage. (Also, too big of a tote and it will make it more difficult for you to move it around.)

Pro Tip: Pack scissors/a knife/something sharp where you have immediate access because it will make cutting off the tape and zip ties much easier.

Amazon Prime has free shipping to Alaska. It isn’t guaranteed 2 day deliver (or even one week delivery), but I started shipping things about two weeks before I got up here and most of my Amazon deliveries had arrived by the time I got here.

The plane that carries Amazon purchases only comes into the village on Mondays, Wednesdays, and Fridays, but at Amazon prices and free shipping it was a great option. I ordered pillows and bed covers, toilet paper in bulk, and a crock pot among other things!

My mom works at a post office and usually has a great eye for a fairly economically responsible way to mail things. We purchased a few flat rate boxes and stuffed them with heavy goods like flour, sugar, etc. and mailed them about two weeks before I got to Alaska.

One of the boxes arrived before me and another arrived the day after, but I’m still waiting on one that we mailed at the same time as the other two (and another two that we mailed later). It is fun opening the box to see what goods made it, but it can also be frustrating when the first box to arrive doesn’t contain any spices/salt so that your first meal is pretty bland. 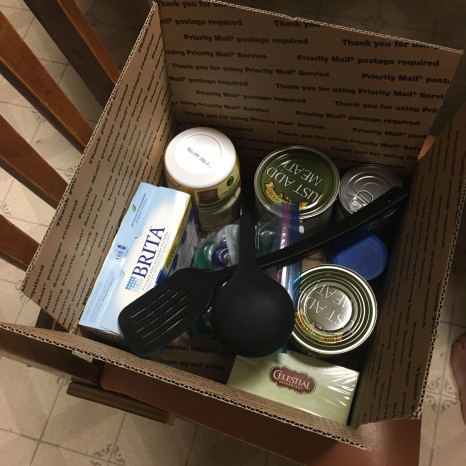 Tip: Tape the edges and openings of the box well. It will travel many miles and change from carrier to carrier, so it is important the cardboard can withstand whatever weather/handling throw at it.

Pro Tip: Pack your flour/sugar/other dry goods in thin bags inside a plastic bag because there is a strong chance they will open and spill out throughout the box.

There isn’t much to say on suitcases, except that I brought two of my hard sided suitcases with me as checked luggage. I really only used them for clothes and a few other items, because they would be easier to get into on my one day layover in Kotzebue and because they had wheels which made hauling them on even floors easier.

Caution: Alaska Airlines charges for checked luggage. If you have their Visa Credit Card, you get one bag free. If you belong to Club 49 (Alaskan Residents only) you get your first two bags free.

I love using my hiking backpack as a carry-on, but it can be too large for some airlines. Be careful with checking the requirements for the airline or expect that you may have to check it. I ended up having a heavy tote bag as a carry-on and a reusable bag full of food, I checked my hiking backpack. It worked fine for most of the journey. 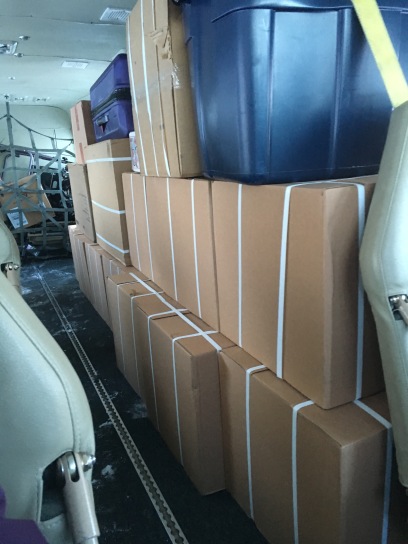 Caution: The rules for bush planes are slightly different so try and bring bags that can close because they will either have to be strapped down with the larger luggage or tucked behind a net at the back of the plane, there is little room underneath the seats. (Also, everything gets weighed…so check to see if you’re paying for luggage by pound or otherwise.)