As my travels this summer led me to NYC to visit S. and spend a long weekend with her, she set up the perfect NYC itinerary for me including book stores, Brazilian food…and kayaking!

Popping up across cities across the states are locations to kayak for free! People volunteer to help out with the daily workings, there are no reservations, and all they ask is for able people to donate. See more here! 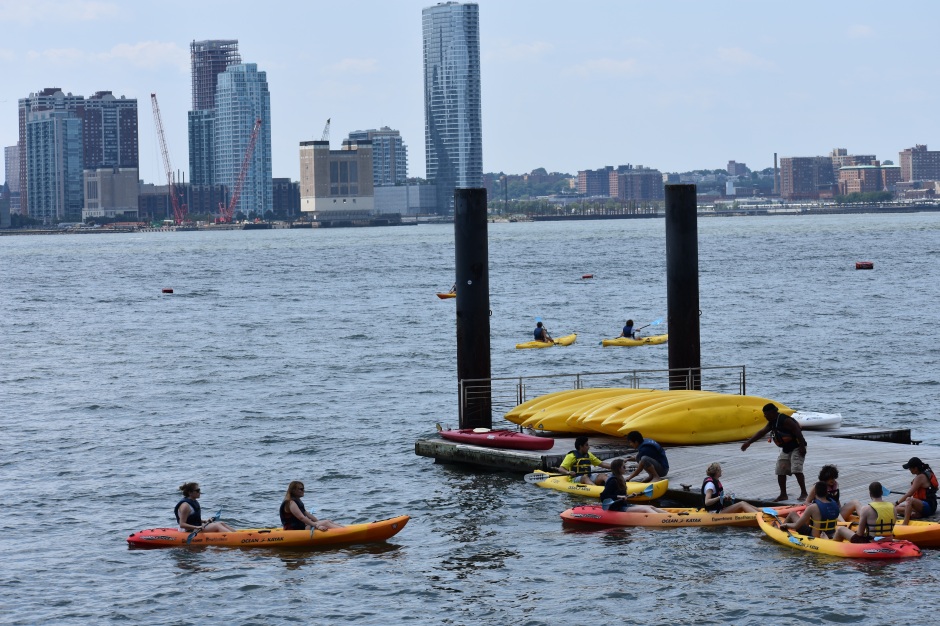 On the Hudson, at Pier 26 in Manhattan, one can sign a waiver and use a kayak.

There are free lockers (lock and key handed to you after you turn in your waiver), kayaks (tandem or single) are provided, life jackets are provided and required, and paddles are also provided.

Staying within the buoys is mandatory, not running into other people is highly recommended (as is not entering the water). Volunteers are there to help you in and out of the kayak and will help with every aspect of the journey (which makes it great for beginners). There is no time limit.

The adventure space isn’t incredibly large, but it is a nice way to get out on the water in the middle of the city.

S. and I went out on the water in a tandem open kayak. She took the front and I worked on figuring out how to be in the back of a kayak instead of a canoe. The waves rolled in and rocked us to and fro. Taking in the views, we made our way around the small space, checked out the floating marine mammals, and sat out away from the hustle and bustle of the city. 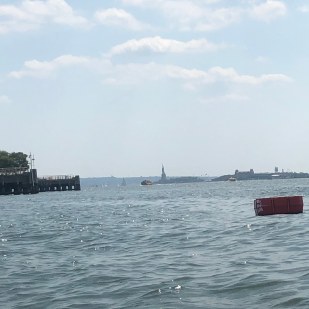 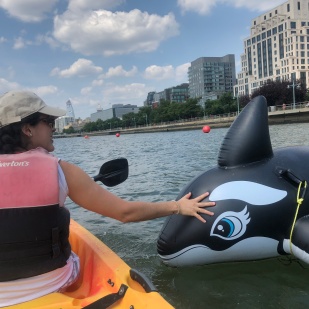 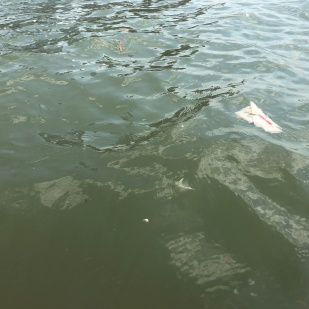 Then, things took a turn for the worst.

Having spent all summer kayaking and planning a sea-kayaking adventure in Ireland, I was beyond excited. Then, I quickly realized that the lakes where I had kayaked were calm and the Hudson was not. I would likely get motion sick.

I did. I knew this from the moment I sat in the kayak and felt the initial rock, but with focusing, I thought I could outlast it. I couldn’t.

I spent the rest of the afternoon trying to hydrate and keep from getting sick on the Manhattan streets and on the subway. I took some of my Dramamine and some quick thinking on S.’s part meant that I had a bag of ice from a corner store. The ice helped as I  placed it on my neck during our subway ride to her apartment, prompting strange looks from the young girl across the aisle. A shower and a long nap later and all was right with the world.

10/10 would recommend and would do again (Dramamine taken in advance).