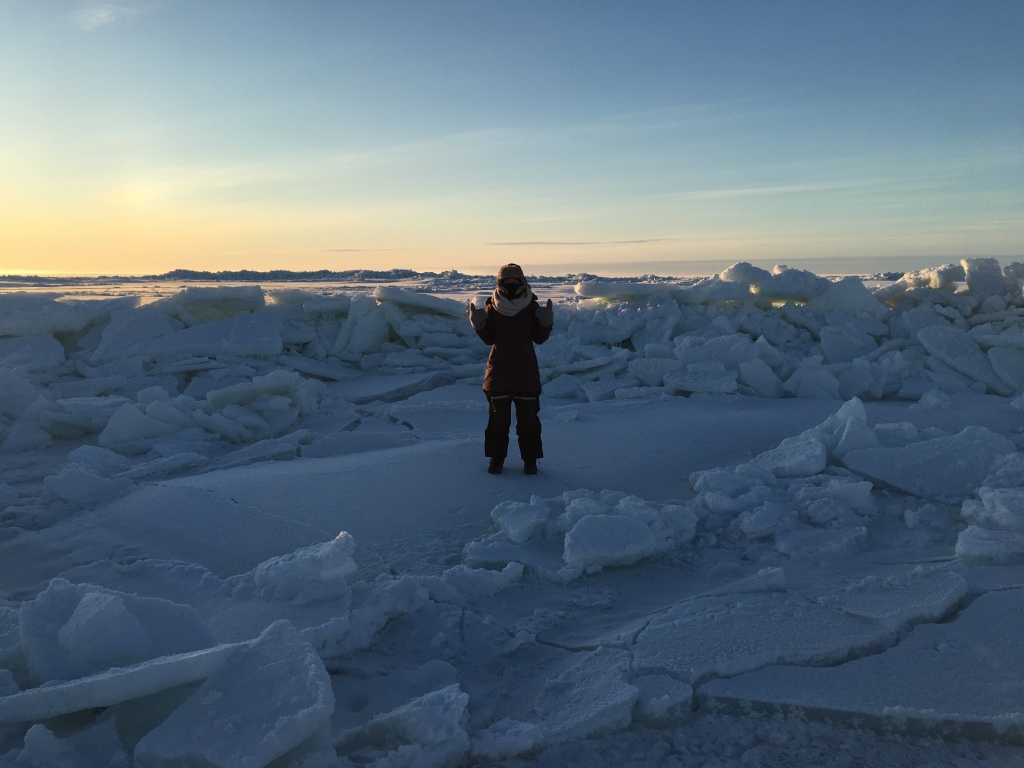 I expected the ocean to be frozen solid by the time I arrived in mid-January. As my plane flew overhead, I couldn’t help and feel disheartened by the chunks of ice floating around and the large cracks. I had done research and learned that by late fall, the ocean would start freezing, and it would need to be frozen solid or the post-Easter whaling season for the Natives in Kivalina would be in jeopardy. To me, this was the example of global climate change that everyone has been talking about.

As I landed, I noticed that there were tall piles of ice randomly lining the beach area and further out into the ocean. I didn’t think much of it, until the following weekend. 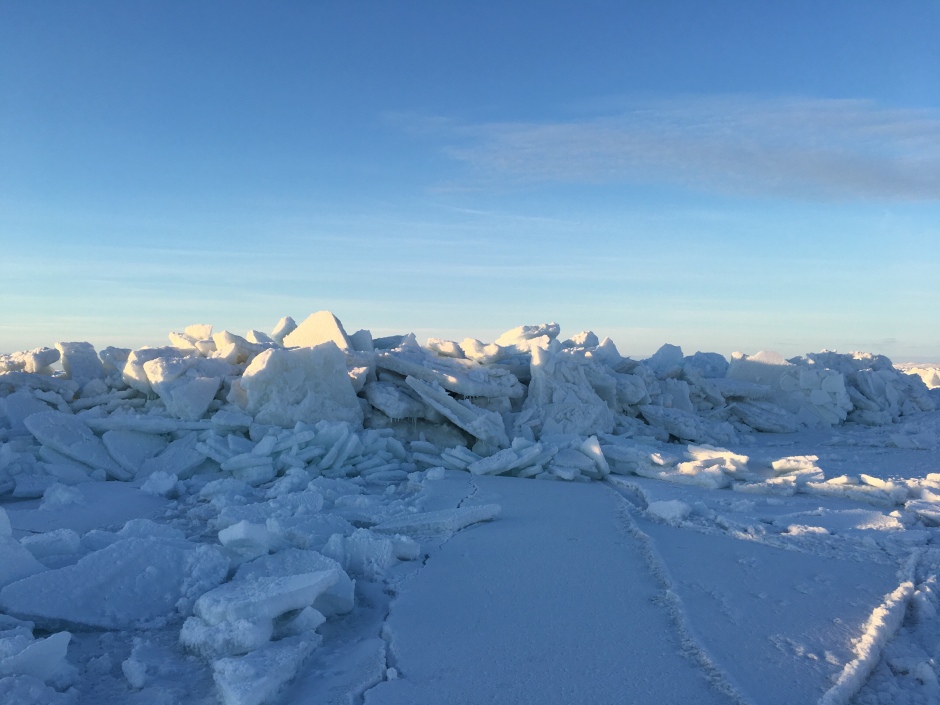 I went on a sno-go tour of the village with the village counselor. She walked with me out onto the frozen ocean and explained that those frozen piles (which I thought may have been dumped there…kind of like snow piles caused by plows in MN parking lots) were actually “frozen waves”. 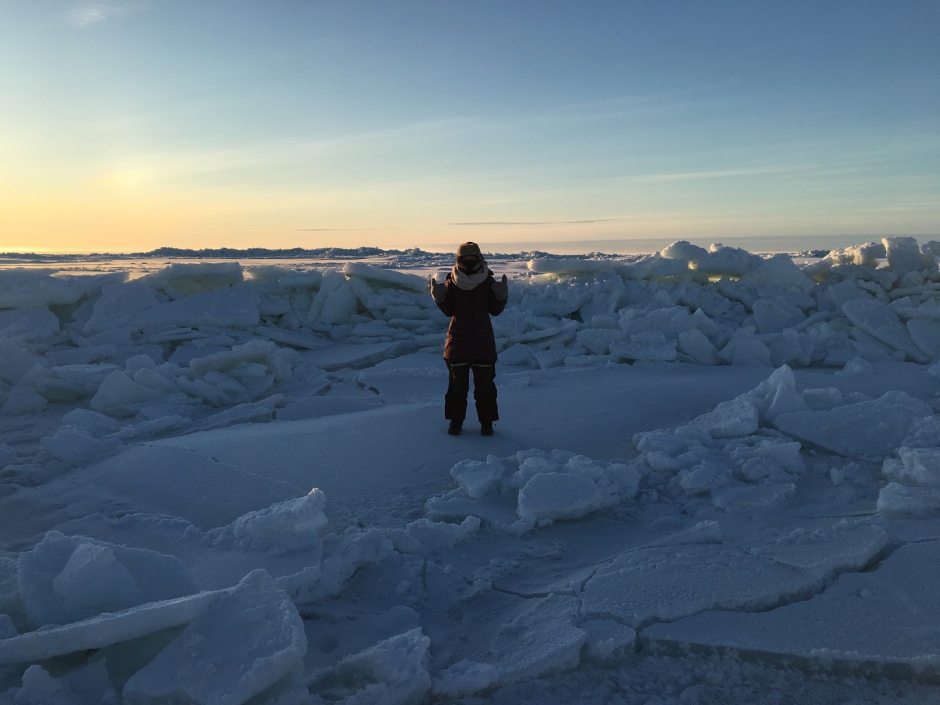 That comment stuck with me and a few days later my house shook as strong winds, common to the area, rattled outside. When I woke up and opened my living room windows to my ocean view, there was another row of ice. This time the ice was more blue and far taller than the “baby waves” I had explored previously. These piles resemble the foothills of the mountains that surround us across the lagoon. They are beautiful and were unexpected. 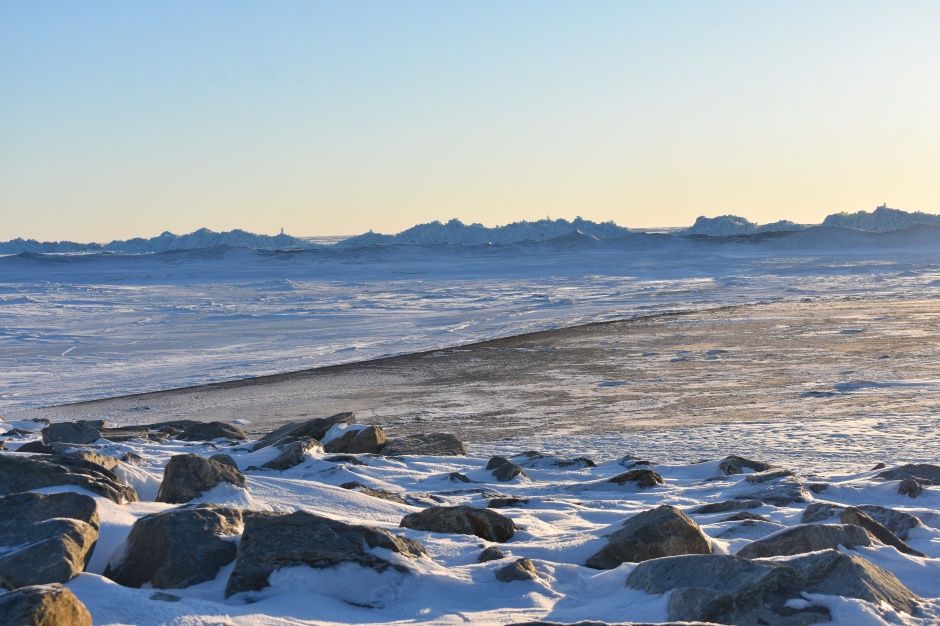 Since that weekend, I’ve learned that these “frozen waves” are actually pressure ridges. A pressure ridge is formed when two large sheets of ice collide (due to currents, wind, or temperature changes). It piles up as tall as 5 to 10 feet above the surrounding ice.

Check these websites out for more info:

Although, I haven’t walked out to them, I probably won’t go exploring on the ocean-side ice too much. Pressure ridges can be dangerous and I’ve never been one for having uncertainty of ice thickness. But, they are one of the most beautiful parts of living so far northwest and right on the ocean. The sight of them against the twilight or the sunset will never get old.