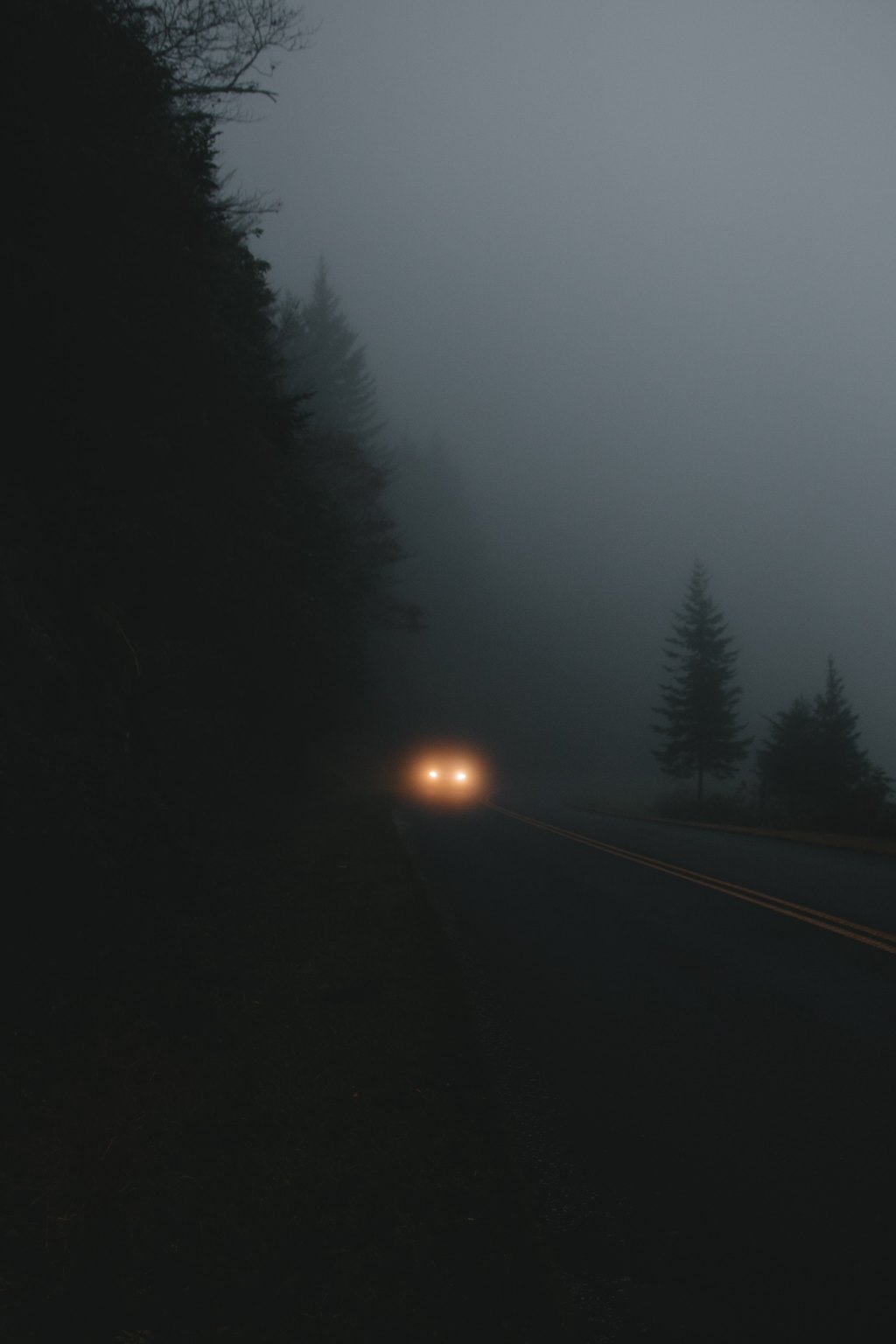 It was late, late for a school night at least. JV conference had been earlier that night, and my senior year of diving had come to an end, without tragedy.

My sister, Clair, a teammate, and I climbed into our car and began our journey home. The drive was familiar, we did it every day to and from school, the straight shot out of town is something we could do in almost any condition.

We chatted excitedly about the meet and what the end of the season meant for us. As the red and white striped arm lowered over the road signaling an oncoming train, we rolled to a stop.

I can’t quite remember, but I’m sure music was playing in the background, it is almost always playing while I’m in the car. That wasn’t what drew my attention.

I had just learned to drive a stick shift and another car was pulling in behind us. We were on a slight hill and even as I gained confidence in my manual driving abilities, I have always been extra attentive and nervous when cars invade my buffer zone. This was no different.

I tightened a little bit, nervous that I would roll back into them or that my car would stall, both seemed like deadly embarrassing options.

Did they flicker their lights at us first or did I mention the group of teenage boys behind us, causing my passengers to turn around? I’ll never know what caused what would happen next, but my eyes seemed to focus on the rear view mirror as their headlights flickered between bright and normal. Our friend in the backseat ducked down, leaning towards my sister and me.

“I think they were flashing gang symbols or something.”

She had thrown up her own hand for a second, everything in good fun. You see, in a small town, you usually know everybody, especially around the same age. There are very few risks with waving at a passing car or goofily sending up hand gestures that may or may not be gang symbols. Did they know us and could it be some weird way of flirting?  We didn’t have gangs…or at least that was what we thought.

Something about the situation didn’t feel right, but as the caboose rolled past and the arm lifted, we continued.

They followed us. It was the main road out of town, so that wasn’t abnormal. Yet, they followed us a little too closely, and they flashed their lights repeatedly. I checked my speedometer and deemed them impatient, but that didn’t ease my nerves.

My father’s warnings ran through my head:

“Always keep an eye on your surroundings. Always check your rear view to make sure nobody is following you, don’t go home if somebody is.”

I slowed to turn onto the back road. That road ran parallel with the main highway and most of the people that drove the length of it were people I knew. What would the odds be that the car would also be headed in that direction?

We flowed smoothly onto the new road, slowing just enough to make the turn, but not more than necessary.

I scanned the rear view mirror, searching for turning headlights. There they were, flashing from bright to normal behind us. I slowed for the curve, and their car seemed to get closer. I sped up around the next one, they did too.

My mind raced through my possible options. Obviously, I couldn’t drop our friend off at home. I couldn’t go home myself. I sifted through the gravel roads and freeway exits that I knew. If they were following us, I would know soon…and then I’d have to figure out what to do. As plans built in my mind, the lights seemed to get closer, and then as we crested the hill, they were driving right alongside us.

I didn’t look over, I couldn’t. My heart was racing and the three of us had stilled. What in the world was going on?

On a road used for informal drag racing, we drove neck and neck. Nobody in our car breathed.

Then, like that they were pulling ahead of us and racing off.

In my frustration at their antics and my confusion at the events, I did something I should never have done. I retaliated, in my small simple way. The minute they were just far enough away to make it legal, but close enough to know that I had been rattled, I turned on my brights.

Their taillights turned bright red as they slammed on the breaks, and I pressed on mine even harder. The slight advantage would have gone to us, but there was nowhere to turn; fields surrounded us on all sides and they stood between us and the next road.

My instinct turned to passing them, but as they slowed, their doors began to open and then close, as if they were testing the speed of the car.

My foot ground into the breaks, shifting the car into neutral. I couldn’t focus on keeping it from stalling, instinct took over.

Our hearts were racing and we were quiet and still. Blocking our path was a car full of people, filing out of their car, and one had something that looked like a bat. We didn’t have many options. Maybe we could outrun them, maybe we could run them over, maybe we could gun it down the ditch and across the harvested field without getting stuck, but either way there wasn’t time to formulate a plan.

My memory snagged on the visual of a driveway behind us, one that we drove by every day. My hand acted of its own accord and in harmony, my feet shifted between the clutch and the brake. The freeze-frame ended and we were speeding backwards. The boys coming at us seemed to halt, unsure of whether to follow on foot or jump back in the car, but that was all the time we needed.

In a split second, we were going forward again, driving down the long gravel driveway that disappeared into the woods, hoping that the residents of the place were home, and that they were as kind as their neighbors that we knew.

We rolled in, screeching to a halt and killing the engine. The darkened car might turn them away, if they had been brave enough to follow. But, what would we do? What if they were waiting for us when we came out of the driveway?

Our breaths came heavy as we ducked lower in the seats.

“Should I turn on the lights?”

“Should we go inside?”

“Maybe the owners won’t come out.”

“We should probably tell them we are here.”

“How did that even happen?”

“I wouldn’t have thought about reverse, my plan was to run them over.”

“I didn’t really plan it, either.”

We jumped as the safety of our own hushed voices was broken by a large man looming outside the driver’s side window. I rolled it down, any relief shifted quickly to nerves again.

Before he could even get a word in, words filled the air. They spilled from my mouth at a speed that was probably incomprehensible at the time, even if my words seemed believable. I rambled out the entire story, pausing only for breath. After we had finished and added that our brother was on his way, the man took a breath and looked us over.

We were three high-school aged girls, reeking of chlorine and with damp and knotted hair, terrified and wide awake…at least I hope we looked terrified because if we didn’t he would never believe us.

A breath later and he turned to us, telling us he’d go check it out. He disappeared into his truck and the taillights disappeared down the driveway. By the time he returned, our family had been updated and we awaited his verdict.

“I didn’t see anything…but I’ll follow you out and wait by the road to make sure no one is coming.”

The air felt lighter around us, but that didn’t mean we were home yet. We thanked him and drove out, our eyes scanning for any sign of problems. Nothing. We drove on.

“I wasn’t going to drop you off, or go home,” I said aloud, breaking the silence. “I don’t know where we were going, but we weren’t going to anyone’s house.”

The silence surrounded us again, as we met a truck on the road, our brother. Just as he had promised, he made it in record time and he had brought back-up. What we all expected to happen, I’m not sure, but I do know that when we needed a little luck, a bit of grace, a lot of help, and a feeling of security, it showed up right on time. He’d call us for details about the car and the boys, details I don’t remember, but I do remember that he wouldn’t come home right away. He drove around searching for something amiss, making sure we were okay and trying to right the wrong that had put the fear in our voices and left us with too much energy to sleep.

Clair and I arrived home sometime between 11:30 and midnight. The kitchen was illuminated and our entire house was awake and waiting on us, but it wasn’t to hear the results of the competition. We told the story, hardly stopping to breathe. Now that we were home and safe, we giggled at our misfortune and dramatized the entire scene. I hung my head in embarrassment as I admitted at flashing my brights, I knew better…I really did, but we had kept each other safe and all was right.

I will never forget the tidbit of advice we received from Dad that night:

“Next time,” as if this was a frequent occurrence, “just take a couple turns and drive right to the cop shop. Call them while you’re on your way.”

Noted and never to be forgotten.

You’d think that would be the last time I was followed home in a car by a stranger, but history has a way of repeating itself…

Featured Image: Photo by Will Swann on Unsplash